Its Effects and Benefits Explained

You may be wondering, what is CBD and what exactly are its effects? CBD has become a popular choice in wellness products for its potential benefits. Let’s explore the science behind this fascinating all-natural compound.

First thing’s first: CBD stands for Cannabidiol. It is a naturally-occurring compound found in both cannabis and hemp plants with a long list of wellness benefits. More specifically, it’s called a cannabinoid. Other common cannabinoids include THC, CBG, and CBN.

The two most common and best-understood cannabinoids are THC, which is the abbreviation for tetrahydrocannabinol, and CBD. These compounds exist side-by-side, but they interact with the human body in unique ways.

Cannabidiol is Sourced from Hemp

Though known as a cannabinoid, i.e. a cannabis compound, legal CBD oil, and other products are actually derived from hemp.

The hemp and cannabis plant are biologically related. They may appear similar at first glance, but hemp does not produce the same psychoactive effects as cannabis.

What is CBD's Legal Status and Safety Profile?

Under European Union law, it is legal in all Member States to farm and process hemp crops with lower than 0.2 percent THC. The E.U., however, does not require states to allow the sale of CBD. As a result, the availability of cannabidiol varies across Europe.

In the USA, CBD is legal in all 50 states, however the law differs from state to state. The Food and Drug Administration (FDA) approves only one CBD product to date, a prescription drug product used to treat seizures linked with Lennox-Gastaut syndrome (LGS).

According to a World Health Organization (WHO) report, “CBD is generally well tolerated with a good safety profile.” That said, if you are new to the compound it is recommended consulting first with your doctor. This is especially important if you are taking other medications. Information and health benefits found online should not be construed as professional medical advice.

For most people, the benefits of taking CBD include its ability to maintain a sense of balance within the systems of the body. The compound works with the human body to support overall relief, comfort and well-being.

CBD products come in various forms such as oils or topicals. They can be used in different ways depending on your needs. For example, recovery creams can support healthy muscles and joints by applying the cream directly to the targeted area. Products such as e-liquid or oils can be used to support general wellbeing or a sense of calm. CBD skincare and cosmetics can moisturize and nourish healthy skin.

Cannabidiol works differently for everyone and each path to wellness is personal. Experiment with quality hemp-based products to see which delivery methods work best for you. Remember: consistency is key. For best results, stick with a product long enough to accurately determine the effects of CBD.

No, it is not possible to feel a high after using just CBD.

Unlike psychoactive tetrahydrocannabinol (THC), which produces a high, cannabidiol CBD interacts with the human body in a fundamentally different way. It is safe to use throughout the day, at work, or before bed without worrying about negative psychoactive side effects.

Because legal CBD is sourced from hemp that contains less than 0.2 percent THC, you cannot accidentally consume enough THC to produce a “high”.

How CBD Works with the Human Body

What’s CDB in contract to THC? All cannabinoids interact with the body through a major biological system known as the endocannabinoid system (ECS).

CBD and other cannabinoids work with the ECS to promote a healthier balance.

The endocannabinoid system (ECS) is a relatively new area of study. It is especially new compared to the reproductive system, nervous system, circulatory system and all other major networks in the human body,

The ECS was only discovered in 1992, but it is no less essential than other biological systems. Research into the effects of cannabis led to its discovery. That’s why it was named the endocannabinoid system – because it is an endogenous system whose components interact with cannabinoids.

Once an endocannabinoid has played its role in maintaining homeostasis within a specific part of the human body, an enzyme fatty acid will degrade it. This is according to research published in Pharmacological Reviews.

The human body already contains the receptors to which the CBD cannabinoid can bind. But compared to the body’s naturally-occurring endocannabinoids, cannabinoids often function for longer periods of time. Some experts believe that canabidol produces its effects by supporting the ECS, rather than producing those results itself.

A Short History of Cannabidiol (CBD)

The use of CBD, like other natural plants used for wellness, is rumoured to date back thousands of years. If it can have such beneficial effects on the human body, why has its use and research been restricted for decades since its discovery?

The first official scientific discovery of CBD was in 1940, and it was a game-changer. It revealed that there were active compounds in the cannabis plant that did not contain the psychoactive qualities commonly linked with the plant. For a long time, hemp and cannabis were not legally distinct. Sadly, research and applications of CBD suffered because of restrictions on psychoactive cannabis and THC.

As technology increases the spread of information, public interest in CBD products continues to grow. As a result, more research is being done today than ever before. Laws and regulations also continue to evolve worldwide.

Between the 1920s and 1960s, European states slowly banned cannabis and classified it as a drug. This was also the case in the United States. The lack of legal distinction between cannabis and hemp caused hemp prohibition to remain prevalent until the 21st century.

The 2018 Farm bill legalized the (regulated) production of hemp.

Today, hemp farming is legal across most of Europe and legally distinct from cannabis. Though hemp-based products can be easily found, it is important to choose organic hemp that has been grown sustainably. 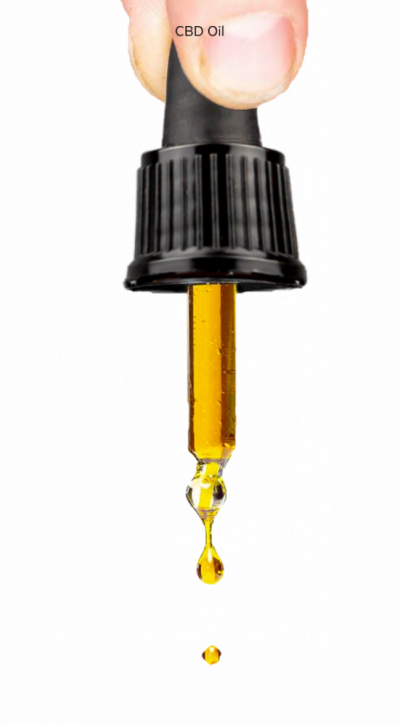 What’s the best way to take CBD? Cannabidiol comes in many forms such as tinctures and creams. Here are the three most common types of CBD products, each with their own benefits.

CBD oil, otherwise known as a tincture, is a liquid that contains a concentrated amount of cannabidiol. These oils are available in a variety of strengths and sizes and are a common choice for overall wellness.

Most CBD oils will usually include a dropper. This helps to easily control how many drops or milligrams of CBD you want to use. When figuring out the best doses of CBD for you, it is recommended to start low and slowly work your way up as the body adjusts.

Tinctures are one the fastest ways to experience the wellness properties of CBD due to their high levels of bioavailability. This means that a large percentage of cannabidiol will enter the bloodstream if used as an oil and the CBD effects may be stronger.

CBD oils contain within them carrier oils such as MCT or hemp seed oil. They are called carrier oils because they assist in delivering, or “carrying”, the cannabinoid to the body.

Lotions, creams and CBD balms are another popular way to experience CBD benefits. They often come in a variety of concentrations and include other active ingredients that work with CBD for enhanced results. CBD topicals are ideal if you want to support localized relief or wellbeing. They are also easy and convenient to apply throughout the day.

Balms and recovery creams can support healthy muscles and joints. That makes them especially useful for athletes or sports enthusiasts. CBD cosmetics products help to moisturize and protect the skin, and can include anti-aging properties. Specially-made topical products such as Canzon’s CBD Skincare are suitable for skin prone to conditions such as psoriasis or acne.

Vaping CBD is another common method of use. Not only are vapes faster acting than some other methods, but some find them to be more convenient. Canabidiol e-liquids often come in a variety of flavours, too.

Vaping is a popular choice for those who want to use CBD on the go, or throughout their day. To further support wellness, make sure the CBD e-liquid you are vaping is organic and nicotine-free.

There are many CBD products to choose from but not all of them are created equal.  No matter which type of CBD product you choose, the best way to experience cannabidiol benefits is to check for the following elements:

Third-party lab testing is the only way to ensure that a product actually contains everything it announces on the label. This means checking CBD and THC content, as well as other additives. Any reputable CBD company should have these lab test results readily available to you.

Hemp is farmed throughout the world, which means that it can be sourced from anywhere. It’s important to make sure that you’re consuming hemp subject to your country’s health and safety laws. The best way to ensure this is to choose products where the hemp is sustainably grown within Europe.

The most common types of CBD are full-spectrum and isolate:

CBD is a way to make hemp wellness a part of your daily routine. This means supporting balance and calm, and benefiting from a host of other CBD effects that promote day-to-day wellbeing. Whether it’s taken as an oil, balm or vape, cannabidiol offers qualities that are worth exploring.

Here at Canzon, we believe that science and nature work together. We strive to combine them to produce high-quality, well-researched, natural products that promote wellbeing. Choose quality hemp-based products like Canzon and discover CBD wellness for yourself!