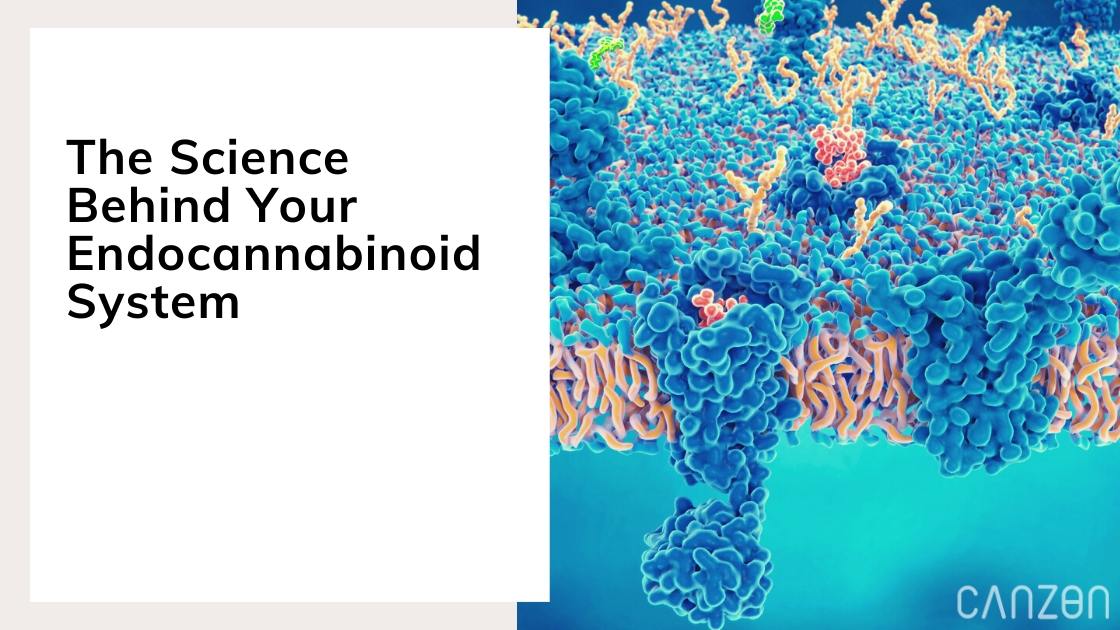 In biology class, you probably didn’t learn about the endocannabinoid system. The immune system, the digestive system, and the central nervous system probably made an appearance in your grade-school textbook – but the system underlying it all was usually left out.

The endocannabinoid system is a fundamental aspect of human physiology, and responsible for managing many aspects of your health and wellness. Despite the vital role it plays, it is a relatively recent scientific discovery stemming from research in the early 1990s. The science about what it does and how it works is rapidly unfolding, hence why it’s only recently become a hot topic in health and wellness.

What is the Endocannabinoid System? The Basics

The system is responsible for maintaining a constant balance inside the body. Scientists often call this “homeostasis.” It chugs along in the background every single day, making sure everything else is under control.

Your endocannabinoid system is also responsible for how cannabis works with the body. But more on that in a second.

How Does the Endocannabinoid System Work?

There are two primary receptors: CB1 and CB2 receptors. They are spread out throughout your body, each concentrated in different areas. For example, most of the CB1 receptors are in your brain, central nervous system, and organs. The other receptor, CB2, is primarily spread throughout the immune system.

When you experience an internal or external stressor, your endocannabinoid system kicks into action. Your spinal cord and the central nervous system immediately send out instructions through neurotransmitters. These are the little chemical communicators known as endocannabinoids. Some examples of the ones your body naturally produces are anandamide (nicknamed the bliss molecule) and 2-AG.

Depending on the situation, your central nervous system will send out different endocannabinoid instructions. They travel through your body to the problem area and get to work activating or inhibiting different activities.

Cannabidiol and the Endocannabinoid System

Cannabis is a plant containing more than 100 different chemical compounds called cannabinoids. Each of these cannabinoids is thought to have a unique beneficial effect. The two most studied cannabinoids are THC and CBD.

When we consume THC, these molecules head straight to our brain, where there is a large concentration of CB1 receptors. The THC molecule fits perfectly into the CB1 receptor, like a key into a lock. This direct relationship is responsible for the high you get from consuming strains of cannabis with THC. It’s the only intoxicant in cannabis, as its the only molecule known to form this uninterrupted connection.

Cannabidiol, or CBD, is the other primary plant-sourced cannabinoid. It is non-intoxicating and has little affinity with any of our endocannabinoids receptors. It regulates the activity of many non-cannabinoid receptors. While it doesn’t bond directly with either the CB1 or CB2 receptors,  the molecule still plays a valuable role in our overall wellbeing.

Our endocannabinoid system plays such a crucial role in so many aspects of our wellness, it’s an emerging target of holistic medicine. It’s also why there is so much interest in cannabis – as it interacts so smoothly with the system. Plus, it does so with little to no risk of an adverse reaction, tolerance development, and dependence.

*Coupons cannot be combined with other offers. 3D Secure Payment: In order to complete your transaction, you will be prompted by your credit card provider to enter an authentication code that will be sent automatically to your mobile phone number. Please be sure your phone is accessible to you. Disclaimer: Products are not for use by or sale to persons under the age of 21. Keep out of reach of children. They should not be used if you are pregnant or nursing. Consult with a physician before use if you have a medical condition or use prescription medications. A doctor’s advice should be sought before using. This product is not intended to diagnose, treat, cure or prevent any disease. This product should be used only as directed on the label. These statements have not been evaluated by the FDA or any food and/or drug safety authority. By using the site, you agree to the Privacy Policy and Terms of Use. This site is protected by reCAPTCHA and the Google Privacy Policy and Terms of Service apply.