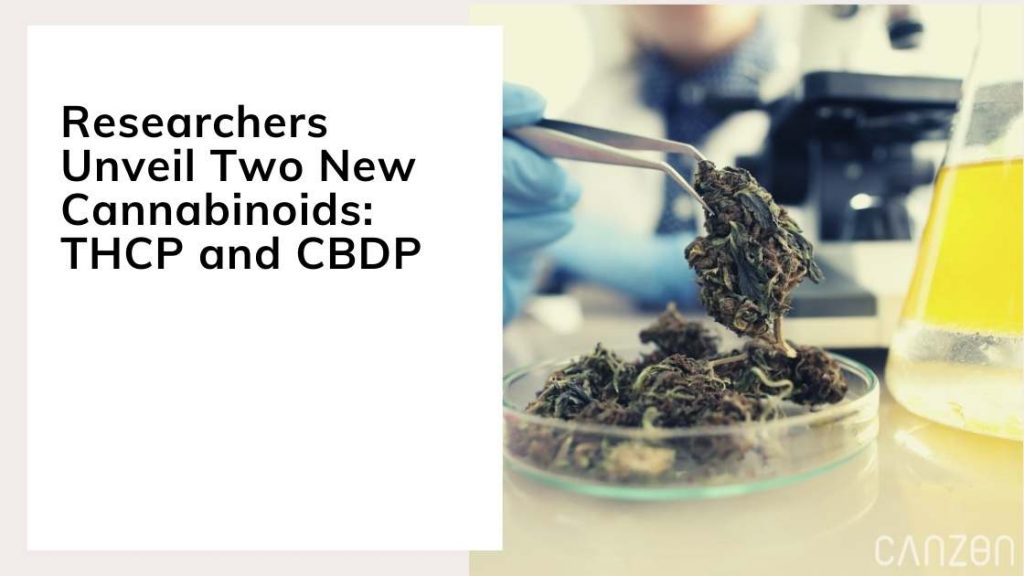 Cannabis and CBD have been a hot topic for quite some time. But latest research reveals more complexities as we realize we only have a glimpse into the plant. The two latest cannabinoids hot off the research press are THCP and CBDP, discovered by a group of Italian researchers at the end of 2019.

THCP is tetrahydrocannabiphorol and CBDP is cannabidiphorol, but call them THCP and CBDP for short. Their names are strikingly similar to THC and CBD and that’s not where the similarities end. In fact, both their function and structure are rather similar to the two well-known cannabinoids.

There have been almost 150 identified phytocannabinoids in the cannabis plant, and with cannabis research surging, we are likely to see more. However, in-depth research is lackluster, which is mainly due to the plant’s complicated legal status. CBD and THC are considered the major cannabinoids and are found in abundance in the cannabis plant. But the minor cannabinoids still play an important role. Just because the star of the show gets the most attention, doesn’t mean the show could go on without the stagehands or directors. And so it is with cannabinoids. We only know the tip of the phytochemical iceberg at present. But the Italian’s recent discovery gives hope that the best in terms of knowledge and research is yet to come. Let’s take a closer look at these newly unveiled cannabinoids.

THCP: a potential game-changer in the cannabis arena

The THCP phytocannabinoid may be one of 150 plus cannabinoids, but its characteristics could set it apart from the cannabinoid crowd. Research indicates that the THCP cannabinoid is differentiated by its molecular structure, having an elongated structure with seven links. THC, its more famous counterpart, has only five links.

How does this make a difference?

THCP, with its distinctive seven side chain links, is one of the first of its kind. Most of the 150 identified cannabinoids have only five links. That means THCP is a significant discovery- although the meaning of seven links may be lost on the general public, the following explanation should explain why it is significant:

The number of links plays an important part in the role the cannabinoid plays. In an ever-changing landscape with researchers scrambling to uncover the full extent of the cannabis plant, this new seven-link cannabinoid is a significant discovery. Especially as the THC cannabinoid continues to be decoded.

The research team found the new THCP cannabinoid has a binding ability that is up to 33 times stronger. We hope to hear more clarity about what this means for the plant and its applications as researchers continue to dig deeper.

The other phytocannabinoid identified by the team is CBDP, and as its name suggests, it is also close in structure to the famous CBD cannabinoid.

Gaining permission to perform in-depth research on marijuana is challenging considering the murky legal arena. However, the Italian research team received authorization from the Italian Ministry of Health, granting them permission to move along with this groundbreaking study. The team is hopeful that these newly identified cannabinoids will assist with gaining further knowledge into the more famous cannabinoids THC and CBD.

The Italian research team conducted their study on a particular strain bred by the Italian military, known as the FM2 strain. The FM2 is a particularly low-THC variety of the cannabis plant. It is worth noting that the different varieties in the cannabis family can differ vastly in terms of their cannabinoid content. This particular strain was low in THCP and CBDP, suggesting their rarity. However, strains could be bred to contain higher levels of these particular phytocannabinoids. What’s more, other varieties could contain these new phytocannabinoids which should be easier to spot now that they are identified. 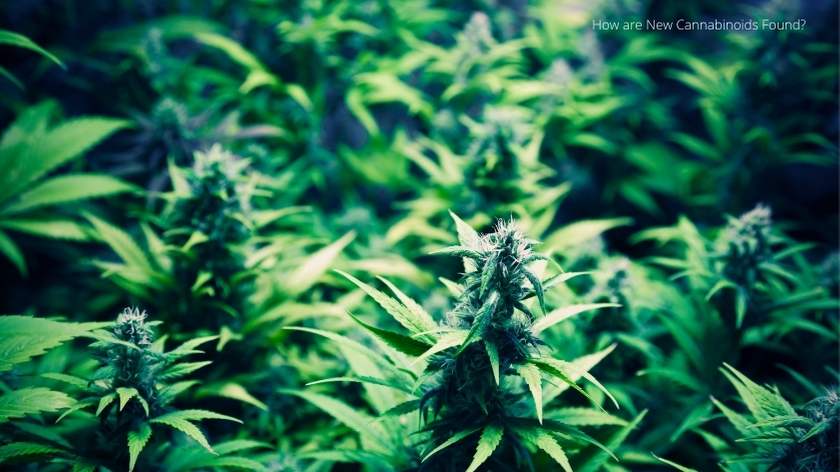 How are New Cannabinoids Found?

Spectrometry, a cutting-edge research tool, is used to isolate and identify new minor cannabinoids in the cannabis plant family. New analytical techniques also help researchers put their gloved fingers on new compounds in the cannabis plant, helping the general public gain a better understanding of the plant. The Italian research team used Mass Spectrometry to identify these compounds. The researchers aim to develop their understanding of these newly discovered phytocannabinoids and see how they can be applied to the cannabis industry.

But THCP and CBDP are not the only new cannabinoids to hit the headlines. Earlier in 2019, the Italian research group also identified CBDB and THCB, two new cannabinoids. With the continuous identification of these plant compounds, we can only hope for a better perception and greater understanding of this once mystified plant.

The discovery of these two cannabinoids in late 2019 has ignited further research- we are only just beginning to delve into the studies on cannabinoids and other naturally occurring plant phytochemicals. There could be a whole host of cannabinoids ready for discovery, and researchers around the globe are keen to add to the search.

Research is largely inhibited by local laws and restrictions, but we are seeing momentum in the research field, even if it is slow-moving. There are many things to still understand about the cannabis plant, and with more research, we will see an illuminated cannabis industry with products that push the bar for premium quality.

In the meantime, you must opt for the highest quality CBD products that the market has to offer. All of Canzon’s products are tested by independent labs and the reports are easily available via the product page. You can find out the exact cannabinoid content by simply viewing the report online. This is a hallmark of excellence in the cannabis industry, and you should always measure a brand by the availability of these independent reports. 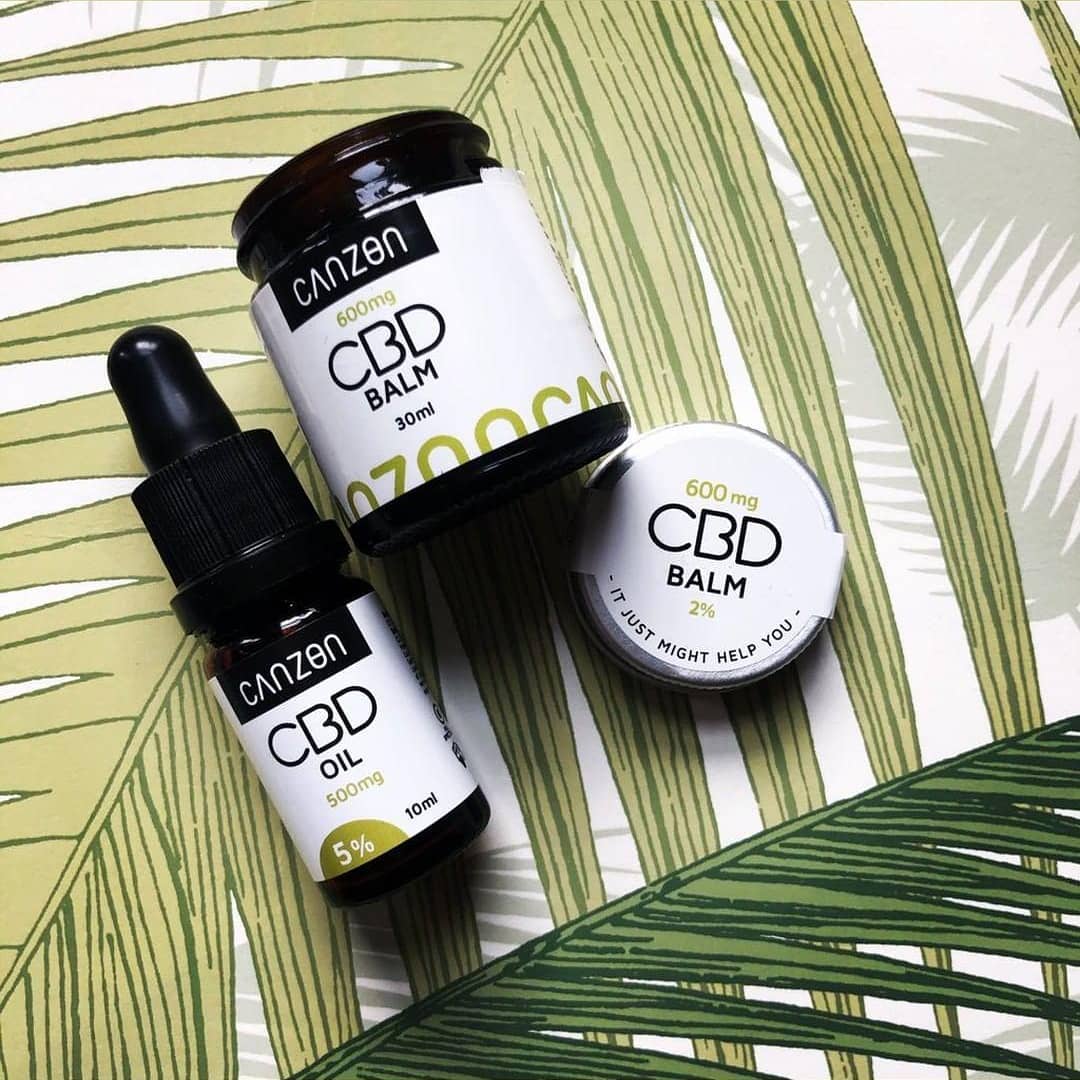 SHOP CBD
Posted in:
All Blog Posts, CBD News
Previous article
What is Full Spectrum CBD?
Next article
DIY: How to Make a CBD Topical
Leave a Reply Cancel reply