FREE SHIPPING ON ALL ORDERS 🚚 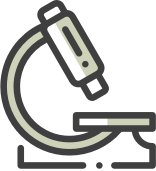 Crema per il recupero a lungo termine a base di CBD 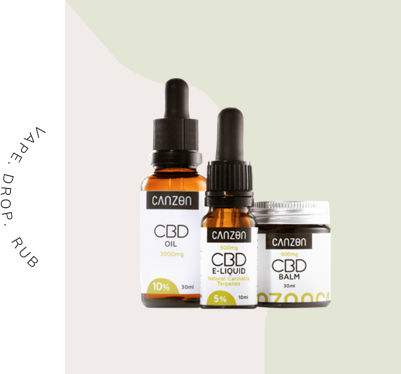 Cannabichromene (CBC) is a non-psychoactive cannabinoid in the marijuana plant, typically found in concentrations of less than 1%. CBC acts on receptors in the body such as the TRPV1 and TRPA1 which have been linked to things such as pain perception. By interfering with these receptors’ ability to break down endocannabinoids, more of these endocannabinoids are then released. Research has suggested that CBC may also play a role in the anti-inflammatory and anti-viral effects of cannabis.

Cannabidiol (CBD) is a phytocannabinoid discovered in 1940 and is the second most prevalent of the active ingredients of cannabis. CBD interacts indirectly with our body’s endocannabinoid system (ECS), a system that regulates various cardiovascular, nervous, and immune system functions inside cells. CBD is non-intoxicating and is currently being researched by scientists for its many possible health benefits and therapeutic potential.

Cannabidiolic acid (CBDA) is the acidic form of CBD. It transforms into CBD after going through the process of decarboxylation, heating the cannabinoid acids until they lose their carboxylic acids. Most of the research about cannabinoids focuses on their non-acidic forms, although more recently the focus has shifted also towards discovering the potential benefits of the acidic forms. Possible benefits of CBDA just might help with depression, epilepsy, and nausea, and also has anti-inflammatory properties.

Cannabidivarin (CBDV) is a non-psychoactive cannabinoid similar to CBD in effect and molecular structure. CBDV’s therapeutic potential comes from the way it can activate or desensitize our TRP (transient receptor potential) channels. CBDV has shown great promise in the treatment of epilepsy and other neurological disorders and is currently being researched for other possible health benefits.

Cannabigerol (CBG) is a non-acidic cannabinoid produced when heat is applied to the CBGA molecule. In its acidic form, it is the precursor to the three major branches of cannabinoids: CBD, CBC, and THC. CBG is non-psychotropic, and research is starting to show that it may kill or slow bacterial growth, reduce inflammation, and promote bone growth.

Cannabigerolic acid (CBGA) is the acidic form of CBG and considered the precursor to the three major branches of cannabinoids: CBD, CBC, and THC. CBGA does not produce psychoactive effects, and research is starting to show that it just might help reduce inflammation, slow certain types of bacteria growth and improve bone growth.

Cannabinol (CBN) was the first cannabinoid to be isolated and was previously thought to be responsible for the psychoactive effects of cannabis before THC. CBN, typically found in small amounts, occurs naturally in the cannabis plant as it ages and is a byproduct of THC. Similar to CBD, CBN just might help relieve pain, reduce inflammation, and improve sleep.

Tetrahydrocannabinol (THC) is the principal psychoactive constituent of cannabis. When taken in large amounts, it can produce a euphoric sensation commonly called a “high.” All of our products contain less than 0.2% THC (well within the legal limit) and therefore are not intoxicating and will not create a sense of “high.”

Tetrahydrocannabinolic acid (THCA), unlike THC, is a non-psychoactive cannabinoid that researchers have found in both raw and live cannabis plants. As the plant dries, THCA slowly converts to THC. THCA is beginning to demonstrate therapeutic potential despite the infancy of its research.

Tetrahydrocannabivarin (THCV) is one of the most commonly occurring chemicals in the cannabis plant. Though it is closely related to tetrahydrocannabinol (THC) and both affect the same receptors in the human body, THCV contains about 25% of the potency of THC. Current research has been studying THCV as a possible treatment for various disorders such as convulsive disorders and diabetes, and also as an appetite suppressant to assist in weight loss.

We use cookies to improve your experience on our site. By browsing, you consent to the use of cookies. Learn more.Ignora