SPECIAL OFFER: 2 for the price of 1 on select products (+Free Shipping🚚)
UP TO 60% OFF ON ALL CBD BUNDLES 🌿

The rise of the CBD industry has brought a number of cannabis-related words to the forefront. Cannabinoids, isolates, and terpenes might be some of the words mentioned in such conversations. Understanding the different terms and what they describe can greatly improve your CBD experience.

Cannabidiol (CBD) is a type of cannabinoid, and primarily what has propelled this industry forward. Another cannabinoid you may have heard of is tetrahydrocannabinol (THC), which is the psychoactive part of the cannabis sativa plants. CBD products must have less than 0.2% THC and are made from the industrial hemp plant, which contains only trace amounts of THC.

CBD is extracted from these plants, producing a full-spectrum CBD oil without the effects of THC. While THC and CBD are the main cannabinoids found in cannabis sativa, a number of other chemicals make up the plant including cannabinol (CBN), cannabigerol (CBG), and cannabichromene (CBC).

These cannabinoids can promote a sense of well-being in the body and can potentially produce targeted results for soreness or inflammation. Apart from cannabinoids, hemp plants are full of terpenes. Terpenes are what give the different strains their character. The variations of cannabinoids and terpenes make up the different cannabis strains. 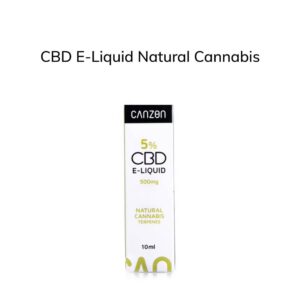 Much like herbs and spices work in a dish, terpenes give the plant its smell and flavour. Terpenes are the essential oils of plants and can drastically change the scent of the same plant.

Ranging from piney or fruity to pungent and earthy, there are about 100 terpenes found in the hemp plant, some of which are found in other plants. They are non-psychoactive and located in the trichomes of the plant.

Terpenes and terpenoids are often used interchangeably, but they are slightly different. Terpenoids are derivatives of terpenes or molecularly similar compounds. Terpenoids are terpenes that have been modified to produce the desired effect.

Terpenes are found in a variety of plants and have similar qualities. For example, the terpene linalool is said to have a relaxing effect. Linalool is also found in lavender, which is used in teas, fragrances, and lotions for relaxation purposes.

Hemp plants can contain a variety of terpenes, each of which contributes differently to the effect of the CBD. Here are some of the most common terpenes and their reported effects.

Myrcene has an earthy, musky aroma and can be found in other plants such as hops, cardamom, close, thyme, and mangoes. Fresh and pungent, myrcene is quite noticeable in smell and flavour. When vaporised at an optimum 166°C, this flavour is often noticed first and can be smelled from a distance. It is also the most abundant terpene.

Myrcene is known to have potential as an anti-inflammatory, anti-insomnia, and antioxidant compound. Users report a feeling of relaxation or drowsiness from strains high in myrcene.

Limonene, as the name suggests, has a citrusy flavour and a fresh, acidic scent. It can be found in lemon, lime, grapefruit, and peppermint. Limonene may help support focus, mood and stress relief. Users have reported uplifting sensations of euphoria and creativity.

Pinene may remind you of the forest, with an earthy smell very reminiscing of pine trees. It is found in rosemary, pine needles, and the zests of citrus fruit. Pinene can have certain gastroprotective and antiseptic qualities. People have noted feeling more creative and focused after using strains high in pinene.

Caryophyllene has a unique spicy and pungent flavour and potent smell. It is found in cloves, cinnamon, and pepper. Studies show that caryophyllene is an anti-inflammatory and activates the endocannabinoid system (ECS). Strains high in caryophyllene can provide an uplifting feeling and support an overall sense of calm.

Linalool has a light floral smell and a slight taste of fresh citrus with spicy overtones. It is found in lavender, sage, coriander, and rosewood. Linalool has been used in the herbal tradition as an anti-inflammatory, to promote overall relaxation, as well as an insect repellent. Users experience mild sedative effects and an overall calming feeling, while many have reported pain relief from cannabis products high in linalool.

Humulene has a woodsy aroma and earthy flavour with a hint of spice. It is also found in hops, sage, ginger, ginseng, cloves, and black pepper. Humulene may have a number of therapeutic benefits and has been used in traditional medicine for a long time as an appetite suppressant and an antiproliferative agent.

Terpenes affect the body and mind in a number of ways. Smells, tastes, and sensations can create certain sensations. For example, the smell of lavender can create a calming feeling while a pine smell can be more energising. This is an example of the effect linalool would have as opposed to pinene in a CBD product.

The terpene profile of each strain or CBD product will produce a unique effect. The Entourage Effect describes the way the different cannabinoids and terpenes combine to produce an effect that characterizes every strain of cannabis. The idea is that the full spectrum enhances the beneficial properties of the CBD product, as opposed to that of CBD isolate.

As the CBD and cannabis industry grows, more scientific research is conducted. We can gain more information on the effects of cannabis, cannabinoids, and terpenes. Many studies have shown numerous benefits to CBD including supporting wellbeing, balance, and stress management. Additional users have reported it to support relief after physical activity, comfort and sleep.

The different cannabis strains affect the product and its users in different ways, and looking into the terpene profile of each may shed light on why and how. Where CBD is measured in potency and purity, terpenes are measured in character, smell, and taste, which can create desired states of mind. It is important to make sure you are getting high-quality CBD products. Browse our website and contact us if you have any questions about our products.

Disclaimer: Products are not for use by or sale to persons under the age of 18. Keep out of reach of children. They should not be used if you are pregnant or nursing. Consult with a physician before use if you have a medical condition or use prescription medications. A doctor’s advice should be sought before using. This product is not intended to diagnose, treat, cure or prevent any disease. This product should be used only as directed on the label. These statements have not been evaluated by any food and/or drug safety authority. By using the site, you agree to the Privacy Policy and Terms of Use.