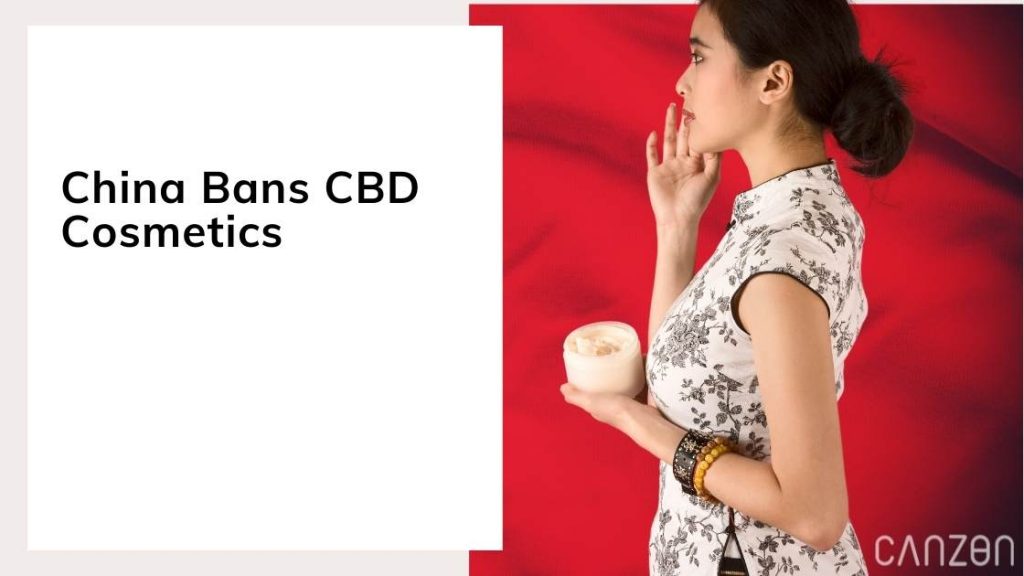 Although China has grown hemp for centuries, it has a complex relationship with cannabis. In 1985, marijuana in China became a dangerous narcotic (according to classification). Any person found with hemp seeds can be prosecuted- even though the country is one of the worlds largest hemp cultivators.

Recently, China has moved one step forward with their cannabis classifications with the news of CBD, a cannabinoid found largely in hemp, becoming banned from beauty products. With the global push for organic ingredients in everything from food to skincare, this has caused some disruption amongst Chinese millennials seeking to take a step towards a more organic way of living.

The National Institute for Food and Drug Control released an official government announcement for new legislation regarding cannabis and cannabis-derived ingredients. The NIFDC released the statement detailing a government proposal for the prohibition of cannabis extractions in skincare and other cosmetic products. This legislation did not just outline the hemp or marijuana extract, but the sativa seed oil, CBD, and also the sativa kernel fruit.

When we turn to other countries, we see a different approach regarding the CBD compound as research into the compound’s possibilities and potential applications has been ramped up. Sure, the legalities differ from country to country, but we see a general backdrop of tolerance and eagerness for research. Despite hemp having no psychoactive hallucinatory effects whatsoever, even the possession of its seeds is considered a criminal act under Chinese law due to its classification as a narcotic and dangerous substance.

While these laws pertain to the general Chinese public, China has cultivated the hemp plant for thousands of years. There are records indicating that China is one of the very first areas that cannabis was used, whether as an industrial material in the form of hemp fibre or even as a medicine. And today? Well, today China is a global supplier of hemp. In fact, the US Foreign Agricultural Service states that China is responsible for at least 50% of the world’s hemp.

So, hemp is cultivated in China and has been for thousands of years, but if the average Joe is caught with hemp seeds then he could face criminal charges. 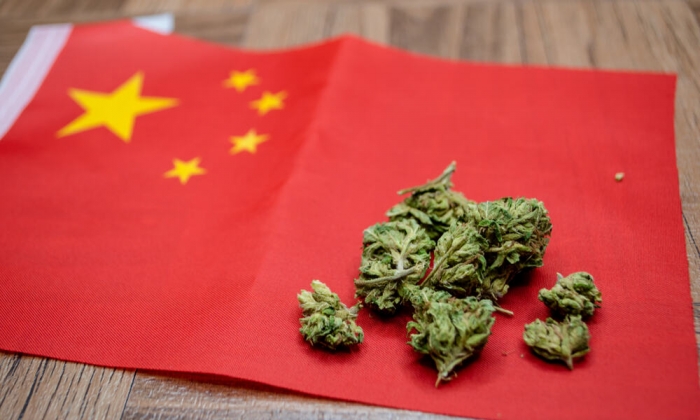 CBD is one of the most talked-about substances in research and development, particularly in the skincare industry. This is coupled with CBD in skincare becoming one of the most popular trends to date- and we aren’t seeing it lose its momentum any time soon.

According to an AlixPartners survey performed in 2019, 90% of Chinese participants experienced a huge interest in using products made with organic ingredients and expressed it was important to purchase natural products.
The same survey company also shared results pertaining to the willingness of youngsters to pay a top-shelf price for natural or ‘green’ products. This shows that the market value for such products is there, but with these proposed regulations it seems as if eager Chinese nationals will have to forgo their stake in the green rush.

It goes without saying that the CBD market is bursting with potential, even now years after it began making headway. There have been headlines after headlines about the phytocannabinoid, and thousands of new products have hit the shelves. Recently, BDS Analytics and Arcview Market Research predicted that CBD sales in the US alone will hit the $20 billion mark with ease before the end of 2024. This is higher than previous estimates made showing the CBD market is growing from strength to strength.

Is CBD Legal in China?

CBD was made legal in China in 2015. However, the CBD legal landscape seems to be constantly shifting. China is known throughout the world for its tight regulations and restrictions, so it comes as no surprise that CBD laws are complex in China. The Chinese government allowed three provinces to cultivate hemp: Jilin, Heilongjiang, and Yunnan.

While China is profiting off of the rest of the world’s more lax laws regarding hemp and CBD products, the Chinese market does not permit the sale of CBD products such as CBD oil. However, there has been a large push for Chinese pharmaceutical companies to formulate CBD pharmaceuticals for the Chinese industry.

History of Cannabis Laws in China

China, along with the majority of Asian countries has used marijuana and hemp for thousands of years. Japan’s dance with cannabis dates back to 8000 BCE, and research unearthed that China could very well be the motherland for hemp. Records indicate that hemp crops were grown in the Neolithic Age, likely for the superb industrial strength. But hemp clothing as well as the plant medicine was also used for centuries, in fact for thousands of years. There are archaeological findings that pinpoint the humble hemp’s origins to China, which is the industry’s major modern-day supplier.

Hemp was also used to forge the dynasty throughout the years, as the strong hemp fibre was used as a bowstring as well. Hemp proved to be a superior material for a Chinese warrior’s bowstrings due to its strength and flexibility. And if the findings are correct, it seems not many of China’s rivals had access to hemp or to the superior bowstrings.

Despite headlines painting a picture of China banning CBD throughout the cosmetic industry for good, this is not necessarily the case. The announcement for the ban came a short while after CBD products became quite popular through a popular online Chinese retail platform. And despite sensational headlines and news articles, it could be similar to what other countries have done as well in the wake of the phytocannabinoid’s popularity. In an effort to curb poor quality products, many countries including Australia, the USA and England placed restrictions and regulations on CBD infused products. Hopefully, instead of seeing an outright ban, we will see tighter regulations to enable the Chinese population access to quality CBD products.